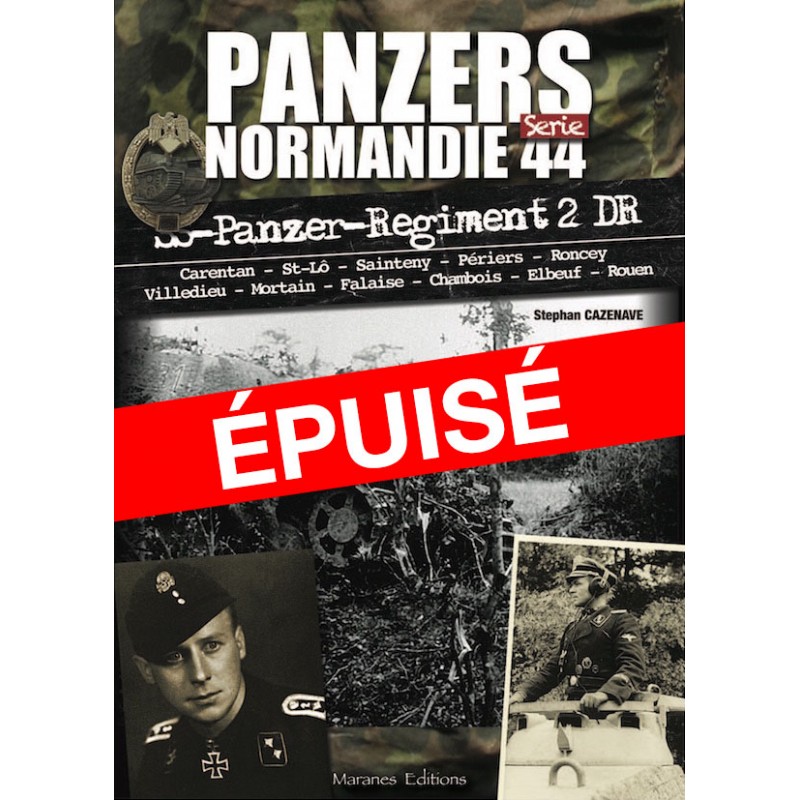 This first monograph of the collection " PANZERS NORMANDY 44 SERIES " redraw the unpublished history of the SS-Panzer-Regiment 2 "DR" in the Battle of Normandy, one of the ten regiments of panzers to have been committed(hired) summer, 1944.

This first monograph of the collection " PANZERS NORMANDY 44 PUTS INTO SERIES " redraw the unpublished history of the SS-Panzer-Regiment 2 "DR" in the Battle of Normandy, one of the ten regiments of panzers to have been committed(hired) summer, 1944. Removed from the Russian forehead(front) in December, 1943, this regiment benefits from an impressive operational route(course) and considers in its rows(ranks) the largest number of members of a tank crew having been decorated of the most prestigious German decorations.Under the command of the SS-Ostubaf. Tychsen, this unity(unit) is going to be committed(hired) without cohesion against the American strengths in the region of Saint-Lô-Périers. Curried(trounced) in a battle of the bocage manchois particularly destructive, then surrounded in the Pocket of Coutances-Roncey, this regiment cannot align that about twenty machines for the offensive of Mortain. A slow withdrawal will then be operated to the Seine, in the end of August, 1944.After seven weeks of operations, the regiment will have practically stopped existing. Besides the historical record and the numerous first-hand testimonies of members of a tank crew, this definitive work is illustrated with a significant number of photos which result, largely, from personal collections of the former one of the unity. While only about ten images of this regiment dating of spring and summer 1944 were known, this work contains 300 photos and documents, cards of sites of fight, profiles colors of machines realized by the best French prospinner - and make of this history, a unique documentation!

You will follow the fights of tanks delivered by the German members of a tank crew among whom those Fritz Langanke's unpublished works, or still of Ernst Barkmann, one of the legends of Panzerwaffe, with the precise location of its famous "corner". And finally, the identity of commander of the Panther who opened the pocket of Trun-Chambois to Mont-Ormel in August, 1944 will be revealed!

A reference work on this regiment, for all the specialists of the German units committed in Normandy 1944 and all the enthusiasts of military history!