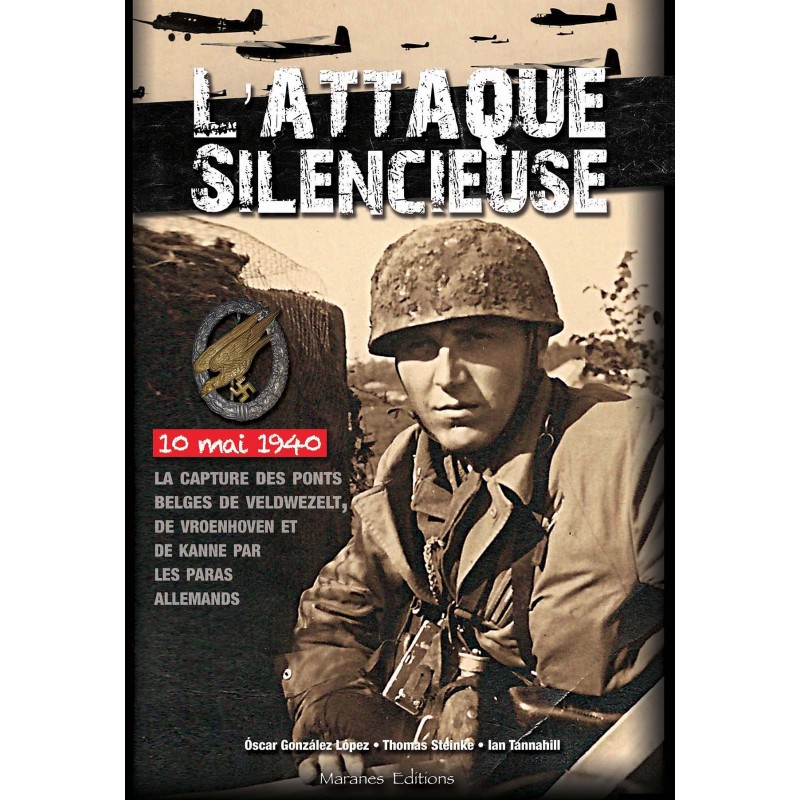 THE SILENT ATTACK: The capture of the Belgian bridges of Veldwezelt, Vroenhoven and Kanne by the German paratroopers, May 10, 1940

The most famous and most audacious attack of the Second World War: the grip(taking) of the strong Belgian of Eben-Emael on May 10th, 1940 by German paratrooper troops. This operation saw for the first time the use of gliders and hollow charges, at the same time as she demonstrated the possibility of releasing parachutists behind the enemy lines, in the pure style of commando squads.

These paratroopers were then part of a larger detachment: the Sturmabteilung Koch, the elite airborne Luftwaffe troops in 1940, whose mission was not only to take the Eben-Emael Fort, but also three important bridges and capital on the Albert Canal: Veldwezelt, Vroenhoven and Kanne. The success of the German invasion in Belgium and France depended on the rapid conquest of these bridges.

It must be recognized that the assault on the Albert Canal bridges is barely known, or even unknown. This surprising military operation, which remains to this day the best example of a surprise attack with airborne troops, deserved a detailed analysis. The over-training, the secrecy, the precision and the speed, associated with the surprise factor, made these men lethal weapons, sowing chaos among the Belgian soldiers.

The purpose of this book is to show clearly and thoroughly how the assault on these bridges was planned and executed. And all this, not only through a text based on documents, archives and testimonies, but also by many photos never published to date. Every detail, from the creation of the assault battalion commanded by Walter Koch to the final attack, was analyzed based on the best sources, as well as the memories and testimonies of many Belgian soldiers and paratroopers. German.

In addition to the historical account and the many unpublished stories of first hand, this definitive work is illustrated by more than 600 photographs and documents, maps of the combat zones - making this history, a unique documentation. A reference work on this attack for all fans of military history!

The existing gap in the historiography of the beginning of the German Campaign in the West is finally filled!